Who does the technology revolution favor most?

Does the digital revolution favor democracies or dictators?

Until a few years ago, the answer seemed like a no-brainer: of course the internet would favor democracy. Access to the web meant access to all the world’s information. In countries where the people choose their governments, citizens would be better informed. In authoritarian societies, government propaganda would lose its power as people gained access to new ideas and insights about the outside world. Today, those assumptions are starting to look shaky.

Nothing seemed to prove these ideas more than the Arab Spring of 2011-2012, when people across North Africa and the Middle East used social media to organize protests that brought down dictators who had held power for decades.

Recently, though, the negative consequences of the digital revolution have become more apparent. Online and street activism during the Arab Spring took down strongmen, but didn’t lead to democracy. In open societies, the same social networks that have brought billions of people together have also undermined trust in traditional news sources, isolated people inside ideological “echo chambers,” and allowed political operatives and governments to spread disinformation, interfere in elections, and inflame hatred of ethnic minorities and political opponents.

In India and Myanmar, for example, false and inflammatory messages spreading on social media have been blamed for inciting lynchings and even for helping to fuel genocide.

But while these technologies pose challenges for democracy, many authoritarian governments have become more skilled at controlling and manipulating digital space to their advantage. In China, 800 million internet users access the internet only from behind the “Great Firewall,” which blocks foreign websites that could undermine the Communist Party’s grip on power. The country’s censorship system stops information that could undermine public order or government legitimacy before it has a chance to go viral.

Outside China, a growing number of governments have become skilled at cutting off internet access to prevent protesters from organizing during periods of social unrest: In Cameroon, the government led by a French-speaking majority has used internet blackouts to quell protests in the country’s English-speaking regions. In India, local authorities routinely cut off online access in response to political turmoil.

In the coming years, the combination of high-speed data networks, intelligent computers, and billions of internet-connected devices will help people live longer, healthier, more productive lives – but will the next phase of the digital revolution favor authoritarian governments over democracies?

It’s early to say but there are good reasons to think so. Technologies like facial and voice recognition, and the coming explosion in the number of internet-connected personal and household devices will produce a huge amount of data about the locations, activities, and habits of a country’s citizens. Governments that can collect, understand, and use this information to influence how their people behave will gain a powerful new tool for social control.

Make no mistake – the next phase of the technology revolution will leave billions of people better off. The combination of high-speed data networks, intelligent computers, and billions of internet-connected devices will help people live longer, healthier, more productive lives.

For decades, political scientists have assumed that oppressive governments would have to grant their citizens more freedoms to for their economies to grow, and deliver better living standards. But if authoritarian regimes can harness the next wave of digital technology to make better decisions and improve their citizens’ economic wellbeing, they may never have to reform politically – and could even gain a strategic advantage if democracies continue to struggle with digital disruption.

Here are the big questions that could shape how the struggle between democracy authoritarianism in the digital era plays out:

Can democracies address the downsides of technology without becoming authoritarian themselves?

Caught off guard by the spread of misinformation and the manipulation of citizens’ personal information by criminals and hostile governments, democracies around the world are beginning to crack down. Europe has introduced tough data protection rules that give people greater control over how their personal information is used and discourage companies from collecting private details that they don’t really need. In 2018, Germany began enforcing a law that calls for stiff penalties on companies that don’t act quickly enough to take down hate speech or other inflammatory posts on social media. Even the US, which has traditionally had used only the lightest touch in regulating the tech industry, has grown more open to the idea of regulating the digital sphere. Social media companies are working more closely with governments to fight hate speech and foreign interference in elections, while instituting tougher policies to fight trolls and harassment online.

But here’s the risk: in attempting to address some of the downsides of the digital revolution, governments could end up either stifling free expression, or reining in their tech companies so much that they find it difficult to compete with rivals who don’t face the same constraints. Over the past decade, China has given rise to digital companies that are every bit as innovative as their Silicon Valley counterparts. If a Chinese AI company is able to freely draw on data sets produced by 800 million people while Western ones have to respect much stricter privacy rules – who will gain a competitive advantage? Striking the right balance won’t be easy.

Is democracy vs authoritarianism even the right way to think about this?

History and politics don’t always move predictably between two poles. Technology may force democracies to become more authoritarian in order to maintain social stability, while at the same time making it possible for citizens of authoritarian countries to enjoy living standards we once thought could only be provided by democracies.

Is the future of tech really about countries?

It’s possible that regional and local governments or even social networks themselves will take over some of the traditional functions of national governments if democracies continue to struggle with technological disruption. Rapid innovation might even lead to creation of new institutions and new forms of governance that are difficult to anticipate today.

Social Media and the Social Contract

1. A Declaration of the Independence of Cyberspace – Internet activist John Perry Barlow’s 1996 declaration captured the revolutionary Zeitgeist of the early days of the web.

2. Social Media Made the Arab Spring, But Couldn’t Save It – A story tracing the arc of the Arab Spring protests, from internet-fueled revolution to the bitter aftermath.

3. The AI Cold War That Threatens Us All – An article about virtual identity, authoritarianism, and democracy in the context of artificial intelligence. 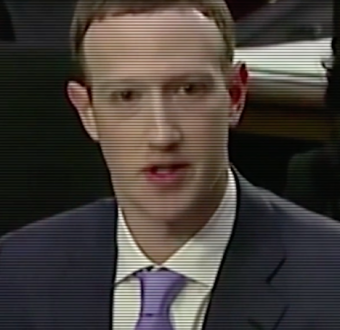